With the world of dating getting more and more complex – how does one really start to court a girl? (Paano ba simulan manligaw?) We get mixed messages from friends and from media on how to court a woman – but we’re here to provide a guide on initiating Christian courtship in a way that is respectful and God-glorifying.

How to Court a Woman

Start your Christian courtship well by first checking your intentions. Ask yourself these questions:

Step 2: Seek guidance from God (and maybe some mentors)

A Christian courtship that is respectful and God-glorifying is one that is not just done haphazardly. Before pursuing someone, make sure that you’ve prayed for it asked for the Lord’s guidance. Read God’s Word and find wisdom in it before making any major decision.

For most cases, it may also be wise to seek help from healthy and safe Christian mentors and friends who have your best interest and spiritual growth in mind. Better not to go at it alone so that you can have partners in prayer and accountability. A good key on how to court a woman is to do it with wisdom and not haphazardly! 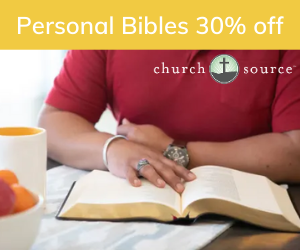 Step 3: Lay down your intentions

It’s now time to let the lady know about your intention to court her.

In my opinion, there’s no need to “ask for permission to court”. Instead, you can just express your intention of courtship. Why is this so?

– If you ask for permission, then you immediately put the ball in the girl’s court without you even getting to pursue her.

– If you ask for permission, it somewhat puts the girl in an awkward position. If she says YES – it may seem like an indication that she is already giving you hope.

What should you do then? RESPECTFULLY, go ahead and explicitly say that you are courting her to avoid any confusion from her end that you’re just flirting for fun. If she finds no issue with it, go ahead with the next stages. If she clearly asks you to STOP and expresses discomfort about the situation, then honor her decision and stop.

Remember: It’s not just a matter of knowing how to start courting a girl, or how to court a woman based on your own terms, but with the lady’s welfare in mind.

RELATED POST: QUALITIES OF A GOOD WIFE MATERIAL THAT YOU SHOULD LOOK FOR

Step 4: Involve her parents (and also maybe her spiritual leaders)

If you’re really serious about courting the girl, talk to her parents and show respect by expressing your intentions for their daughter. While some guys would frown at this idea and run away scared, a real man will be brave enough to face the girl’s figures of authority. Doing this shows that you are not playing a game and that you want to do Christian courtship in a way that is honorable.

An added bonus would be to do the same — though maybe in a less formal manner — with the girl’s spiritual leaders like her pastor, youth group leader, or discipler. Involving a community of safe and healthy Christians in your courtship may not be an instant recipe for success, but it sure is a key to a good one!

Congratulations! If you’ve reached this step, then you have gotten over the hurdle of how to court a woman and should now actually be doing the work! Court the girl by pursuing her respectfully. While we advice that you take the initiative and be active in your pursuit, be sensitive and make sure that you do not push the girl into something she is not comfortable with during your courtship.

Draw boundaries too! While your end goal should be marriage, you are still NOT MARRIED. Leave married-people stuff to the married people, and act according to the kind of commitment you have.

RELATED POST: HOW TO CHECK IF SHE’S WIFE MATERIAL

Step 6: Take the next step

Courtships can only end in two ways: moving on to a relationship/marriage, or ending the courtship to go back to a platonic relationship. Let me tell you though: BOTH OUTCOMES CAN STILL BE CONSIDERED SUCCESSFUL. If the intent of courtship is kept correct (which is to assess fit for a relationship that will eventually lead to marriage) and the method of doing it is kept respectful and God-honoring – then whether you get a YES or a NO, you should consider it a success because you got an answer!

There’s no standard formula on how long you should be in the courtship stage, but as always, seek guidance from God and mentors, and make a decision!

If you do move on to have a dating relationship, then continue involving your community and respecting God and one another. If you end up going back to being friends, then man up and accept the outcome without losing respect for the girl.